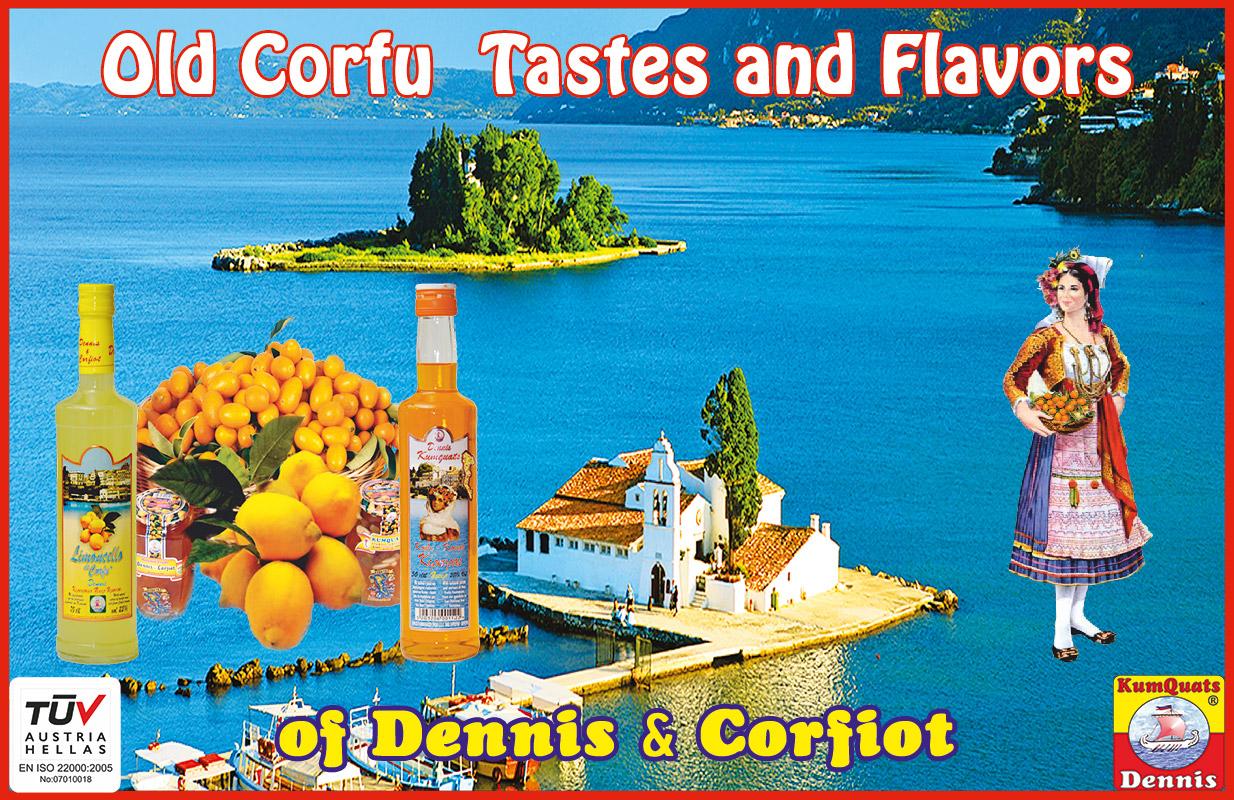 The company was established in 1980 in Thessaloniki.

In 1992, the head offices where moved to Corfu with a view to produce, standardise and market traditional Corfiot products, foods and beverages.

The company was founded by Dennis Halikias, a devotee of traditional Corfiot products. Following extensive research in 1996 in a privately owned property Iliastros on the green slopes of Aghios Stefanos in the settlement of Ano Garouna, Municipality of Achilleion, 15 km outside the city of Corfu…

Our products are checked and certified annually by the rural development ministry.

Thank you for your interest in carrying Dennis Corfiot merchandise!

Dennis Corfiot merchandise is available at wholesale pricing only to qualified retail buyers.  If you are a retailer interested in carrying our Dennis Corfiot product line, please contact us at spearker@otenet.gr